Just quickly, I forgot to publish an update for November 2016. In November the BBQ website that I set up during the Earn1000 Course made £84.62. Not mind blowing numbers but for a website about BBQs in the winter in the UK that is not too bad.

Remember all I have done is set up this Amazon affiliate website with some content and waited for Google to rank this content and drive visitors. I have done no link building and no promotion at all. So this revenue really is passive at the moment. 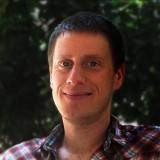